My need for closure stems from the feeling that some part of me remains in the past. It didn't take me long to agree to meet him one last time. It was a weekday evening. My appearance mattered to me regardless of how much I denied it. It was important for me to look hot and seductive so he would be jealous of what he was missing. The truth is, I enjoy it immensely when men are attracted to me but can't do anything about it. Nevertheless, I did not want to see him again as I am extremely happy in the place I am today without him.

I purposefully chose an outfit with a deep neckline. I rarely wore this blouse due to my shy nature. My pushup bra definitely made my bosom pop. I know he likes it that way. He enjoyed my beauty endlessly when we were dating, making love to me almost every day. His favorite thing to do was to play with my breasts whenever he could. It is my mischievous intention to rekindle the fire while he cannot relive those wild times we shared back when we were young.

In the evening after work, I came home and relaxed a bit before getting ready. While I was taking a cold shower, he messaged me and asked if it would be OK to meet at his house instead of somewhere else. I have visited his residence several times. I knew his parents, his family, and almost every one of his friends. We even made love in his bedroom while his parents were away at work. I was not surprised by it and i honestly felt safe. In response, I replied, "Sure, of course.". He texted back fast, ‘I got you something very special, waiting’

There's nothing I like more than a surprise, and he knows that. As I took a shower, I wondered what this surprise would be. Is he talking about food? Or is he talking about perfume? At times, he can be very naughty, perhaps he is talking about something very hot to seduce me one last time. I am up for the challenge and this meeting will be my last goodbye before I leave the country.

I came out of the shower, wiped myself off, and applied my favorite body mist. Wearing a g-string thong under my pants made my butt look bigger. Push-up bras in matching colors gave me a well-shaped figure. I felt so sexy dressing up for my ex-boyfriend, and I know if he'd watched me, he'd have gone crazy. There was another beep from my phone and that was a text from him again.

I replied, ‘No, I will come in a taxi, that is convenient for me. Thanks anyway’

I put my phone away and started focusing on my appearance again. After applying a little blush, I put on my favorite pink lipstick. It gives my lips a very beautiful appearance while giving me a very natural look. It made me feel sexier. As I booked a taxi to get to him, I began wondering what surprise he had in store for me. Moreover, I thought he would be much more surprised by me being around for dinner after almost half a decade.

As the cab got closer to his house, I felt a slight giddiness in my stomach. But then I realized his parents were there and that this was going to be a casual dinner with old friends. I got out of the car and he gave me a hug and a kiss on the cheek as he welcomed me.

I knew he was drolling inside as he gazed at me from top to bottom. He put his arm around my hips and showed me the way. As his old house was completely renovated, I was unable to recognize it. The house I saw there was fancy and two stories high.

I remember you came here when we were dating, I think it was five or six years ago.. Am I right?

Yes, your house looks beautiful, when did you renovate this? Where are your parents.?

In response, he said ‘my parents live downstairs, while I live upstairs. He grinned.

I was expecting his parents to be around, but now it's just me at his house going to eat dinner alone. Honestly, I didn't know what to do.

Is it going to be risque? Is he going to make a move? If he gets there, what should I do? Knowing how good he was in bed, will I be able to refuse? While I was looking for answers to my own questions, he was babbling.

He invited me to sit on his comfortable couch and offered me mango juice. He said those mangoes were from his parent's garden, and while abroad he missed them like crazy. He came and sat next to me and I found it very uncomfortable. I looked at him several times to see how much he has changed. His arms are much bigger, his chest muscles are showing, and he has put on a few pounds, so he looks stronger. He is six feet and three inches tall and looks so seductive in his new appearance. I felt my lady parts are getting aroused. As we were both married, the whole situation was a fantasy, as a secret meeting literally aroused many more emotions than I had ever experienced before. I'm sure he feels the same way.

He came closer to me and touched my shoulder and pushed my bra strap in which was showing all this time. When he touched my shoulders I got goosebumps. After doing so, he apologized, saying he didn't mean to make me feel uncomfortable. While my head was almost exploding from his touch, I told him that was okay. My mind is recalling the feeling of his delicate palms rolling over my body. It was easy for him to make a woman happy. With his tongue, he frenched me deeply while feeling me up and down with both hands. As I was thinking all these things, he looked at my bosom and was not shy about admitting it.

He said, ‘you still got game in you, your boobs look so beautiful

My face literally turned red when I heard his bold comment. Back in the day, he always had bold pickup lines, especially when making love. As he penetrated me so hard, he would look right into my eyes and enjoy my moaning. He knew how to give pleasure every stroke.

Excuse me, madam, what happened to you? You don’t like that compliment? He asked me again.

I said, no I am alright. Thanks for your very bold compliment.

He grinned again and walked away for a few seconds.

Oh my gosh, that was so close. I am very vulnerable to being turned on by this beast's words and that is very dangerous. When I felt so wet, I would have asked him to fuck me so hard if I didn't have my boundaries.

He came back with a small box and sat closer to me again. There were several types of weed cigarettes rolled up in it. When he lit one, he took a deep puff and offered me a taste. I did the same. It felt good to smoke up at that point since my stress levels were high.

We finished smoking up one and then he offered me more juice. We started talking all kinds of nonsense, including school days, extra classes we used to go to together, etc. We also used to have so many mutual friends, but now we don't communicate anymore.

We spent a lot of time talking crap, laughing, and reliving old memories. As he sat next to me, I felt much closer to him. I knew he could see my cleavage and he mentioned saying, ‘from this point of view, your boobs are beautiful. I felt him gently touch the visible part of the cleavage of my right boob. I began to breathe heavily. Turning me on was nothing new for him. Besides knowing my secrets, he was able to feel when I was turned on. I quickly stood up and walked out to his balcony wanting some fresh air.
No comments:
Email ThisBlogThis!Share to TwitterShare to FacebookShare to Pinterest
Labels: One Last Time

There are so many arguments built around Jesus's (PBUH) name and the name pronunciation. But commonly accepted name for him across the world is Jesus, but it was believed that it derived from Yeshua.

Some seriously argue, calling for him by Jesus is like completely worshiping a different savior because his real Hebrew name was Yeshua.

So what is his real name? 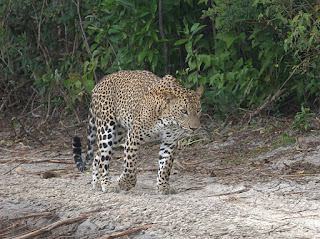 So the latest thing in Social Media is 'Save Wilpaththu'.

I am sure 80% of these Facebook heroes do not dispose their garbage properly, but end up changing their Facebook profile picture to support deforestation.

And.. another bunch who is hiding their racist faces under the 'Wilpaththu' blanket' and sharing outraged messages about the resettlement.

This is not magic and will guarantee you 100% success rate but, start adding these phrases to your vocabulary and you will realize how effective these phrases are.

When you want to get picked up for something always use below phrase to position your picture in the selector's mind.

I have a question, in case if you hire me / pick me for this task, right after sometime how will you know that you have made the right decision?